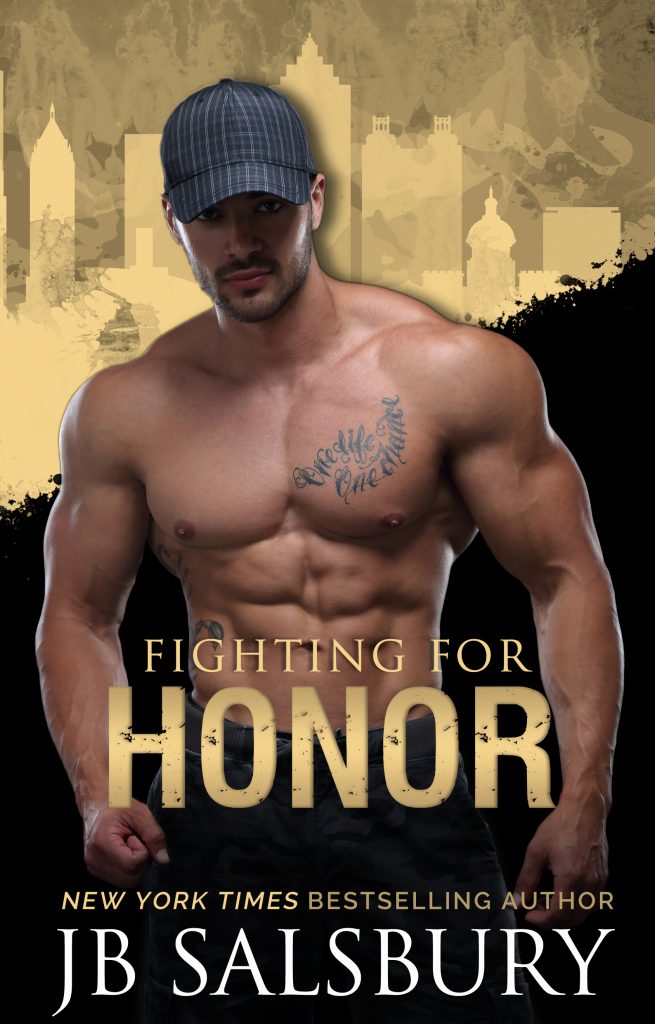 UFL fighter Caleb hasn’t been to Hope Town since he was eighteen. His next big fight takes place in Atlanta and the serene lakefront home from his childhood is the perfect place to train without distractions.

Until he stumbles downstairs to find a woman in his house. He’s met her before, and he’s never forgotten.

Honor was raised by her grandfather, Crazy Colonel Cartwright. Ostracized at a young age she was an outcast. Combined with her awkward personality and she became the local bully’s favorite plaything.

Honor and Caleb come face-to-face and feelings from fourteen years ago come rushing back—not all of them good.

She prefers to remain unknown, but she’s seen in public with the world’s most talked about fighter and thrust into a national spotlight that catches the attention of her childhood tormentors.

And they aren’t finished with her yet.